Let me start off by saying that I have nothing against dogs and that in general, I think dogs are great.  In fact, ever since we got our dog two years ago, I’ve noticed patterns in his behavior that suggest he might make for a great CEO.

To set the stage, I never had any pets growing up. Sure, I had a few animals, but nothing that required any serious commitment.  I once had a few gerbils that I moved outside of my room because they would keep me up all night scratching around in their cage. Prior to that, I once adopted a stray cat in the neighborhood that my dad (who does not like pets) scared away by throwing a cup of water on it. When I was in college I bought a pet snake that I kept in my dorm room. Why did I buy a snake? – I have absolutely no idea. A few months after buying it I realized I’d made a big mistake because the snake grew really fast and continually escaped from his cage. On one occasion when I brought him home to my mom’s house on summer break, he got out of his cage (which my mom made me put in the backyard), slithered into the neighbor’s house, and went into her closet. Long story short, she saw the snake, freaked out, and ending up killing it with one of her high-heeled shoes. (Sidebar: “In hindsight, there’s so much more to the snake story that I now think is hilarious, and if you want to know how it ended just let me know). In short, my experiences with domesticated animals over the years has not been what you would call “ideal.”

So sfter several years of deliberation, my wife and I decided it was a good idea to get a dog. We’d talked about it in the past, but we felt our kids at the time were too young to handle the responsibility of having a pet. Now that they were both a little older, we decided to pull the trigger and make it happen. My only criteria was that the dog not shed and not be enormous. I think my wife would have been okay with a bigger dog, but because most larger dogs shed, we didn’t have very much disagreement about my specific requests. Her biggest requirement was that the dog was good with kids, which I agree is SUPER important. But there are both small and little dogs that fit that bill so it took a while to decide.

We ended up deciding to get a small dog breed called Havanese. We named him Bo, and he has been in the family for almost 2.5 years. 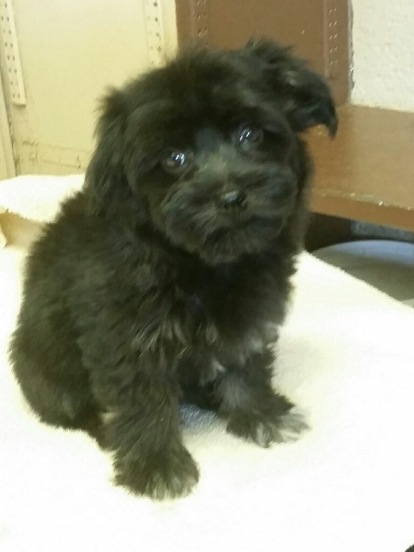 Bo is a cute dog, and now that he’s been (somewhat) trained, he’s not half bad.

Being the observant person that I am, I’ve noticed several admirable traits about Bo that suggest that if he were an entrepreneur, he might actually be a pretty good one.

For starters, Bo is always in a great mood and maintains a consistently positive outlook on  life. Having worked with several successful entrepreneurs over the years, I’ve noticed they are generally always optimistic about life in general, not just their company. It goes without saying that positivity will carry you a long way even when things may not be going well. It’s all about perspective, right?!

Second, when Bo finds something that works (or something that he likes) he keeps doing it over, and over, and over, and over again. After several scoldings from my wife, I learned that I should never give Bo food from the table. In fact, I also learned that I probably shouldn’t give him (human) food at all. It’s probably been about a year since I’ve committed this sin, but literally EVERYTIME we eat, Bo comes around the table with the hope that I’m going to give him food. Can’t he just forget already?! No. Now, I don’t ever give Bo food from the table. But every few months or so I’ll give him a discarded bone or piece of meat in his bowl after we’ve completely finished dinner. This is probably why he keeps coming around and even though there is no consistent pattern to my generosity, Bo continually behaves the same way with the thought that maybe he’ll eventually get what he wants. I admire this persistence! How many great entrepreneurs do you know that are like that?! I think ALL of them, right?

Third, Bo is keen at sensing danger and he often runs from it before it becomes a problem. I’ve noticed Bo does this with unfamiliar people, situations, or even sounds. Maybe it’s because he’s so little (he only weighs 11 lbs) or maybe he’s afraid of the unknown. But he does have an enhanced ability to spot potential threats far in advance of the threat actually coming to fruition. I’ve seen successful entrepreneurs exhibit this same trait having developed this skill through years of experience and training. I have also seen entrepreneurs who have ignored potential threats and have suffered because of it. No matter who you are (dog or human), threats are sure to come. It’s how you recognize, manage and work through threats that ultimately determines your success.

In summary, I’m still learning from Bo, (even though he doesn’t know it). My fondness for him has continued to grow over the years and I’m really glad my wife and kids like him too. So I guess I can say I’m officially a bona fide pet-owner. However, I don’t foresee any additional dogs (or cats) in our household in the near future. One teacher (Bo) is enough for now. Cheers -KM.